Da Bomb: P183 and the Puzzle of Individual Creativity.

Although dubbed the ‘Moscow’s Bansky‘, P183 has his own style and creativity both of which speak for themselves.  Back in June, there was the ‘the Banksy of Bulgaria‘ a nickname that seems puzzling and lazy at the same time, especially as the artist’s medium was paint and not stencil. Street art is not about copyrighting or closing off sections of creativity for oneself but rather to enforce freedom of expression, freedom of the individual. 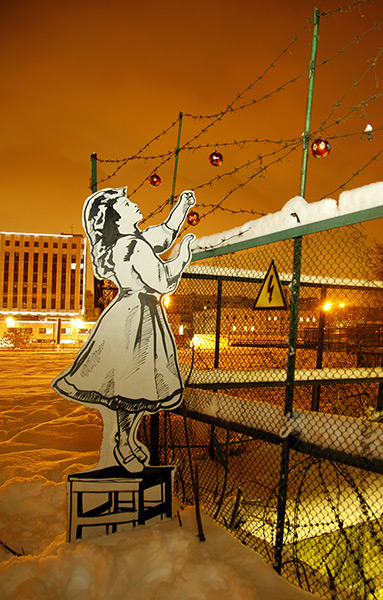 Street art isn’t about time lines or history books but looking foward to see what the future brings if it was, the . Replacing an artist’s name is different than likening to another artist. P183 is not the ‘Banksy of Russia’. P183 is a street artist of very creative unique talents, and whose medium is both paint and stencil, and whose canvas is far harsher than the one that Banksy works off of. Just how there is one Blek le Rat, ( the pioneer of stenciling), there is one Banksy, and there is one P183.  The flip side is that by stating the artist is the ‘the banksy of [insert city or country]’ there comes greater and quicker regonition. And if we are going to get technical I’d say that P183 is a combination of Blek le Rat, OakoAk, and his fellow Russian, T-Radya. The argument still remains though, that the artitsts own personal talent and expressions are not being seen as his own but rather as an attachment of another. 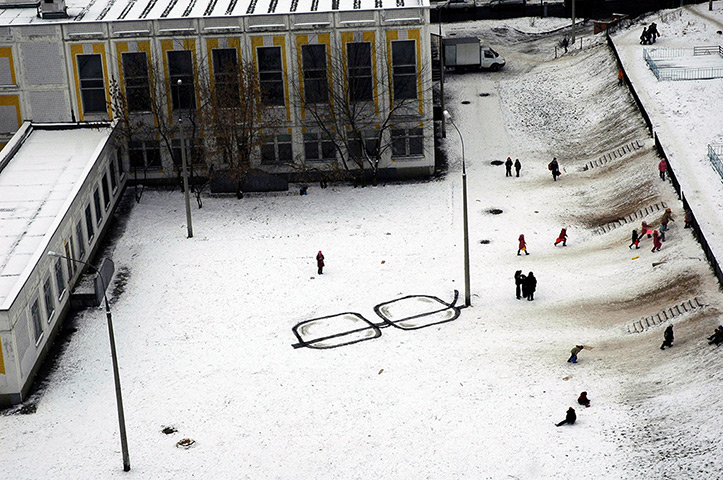 Street art is a medium of art that speaks, nay, that screams for itself. So let it scream, using its own language and voice, and let it be heard just the same. 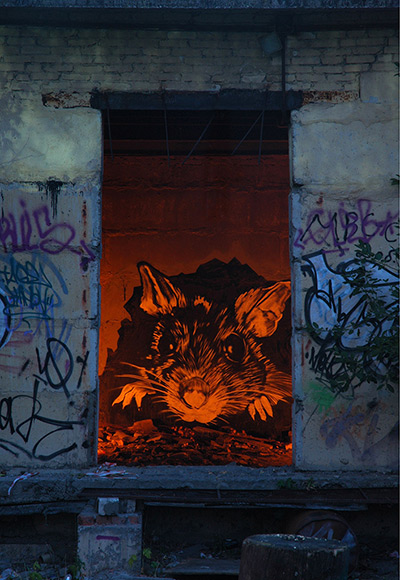 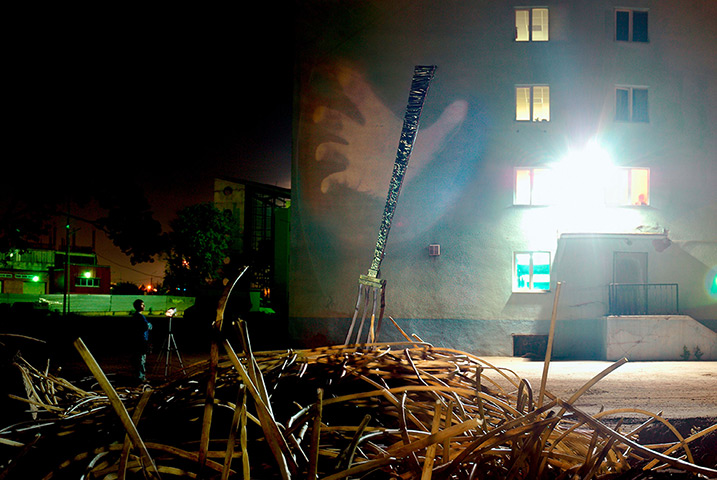