Financial Tip for Goldman Sachs: Invest in a Sense of Humour. 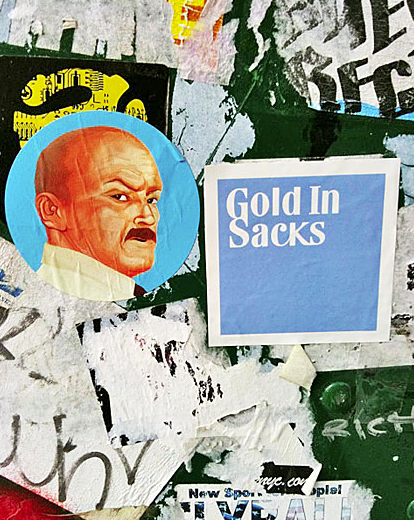 stickers that have “paradied the bank’s logo – replacing it with “Gold in Sacks”. The bank, having gone through a bit of a rough patch, is under scrutiny by many and doesn’t like that extra “bad press” is making its way across New York and even Chicago. ” Unable to find the person behind the stickering campaign, Daily Intel reached out to Goldman Sachs, assuming that with their vast resources, government connections, and notorious penchant for exploiting every opportunity to make a buck, the bank would already have their squid tentacles wrapped around the perpetrator, or at least and have fired off a cease-and-desist letter, like they did last year to the founder of the website GoldmanSachs666.com. Goldman spokesman Lucas van Praag told Daily Intel. “[…] I think whoever is producing it gets a failing grade for originality.” [nymag.com]  I feel that although its not the most creative tag-line it certainly makes one chuckle (which Goldman Saachs should appreciate as I feel frowning is the usual response when people refer to their name.) The culprit (or culprits) are probably some ex-GS investors who, now that they aren’t channeling Gordon Gecko, have taken to the streets to do some real work. Keep up the work boys!

Check below for more photos. 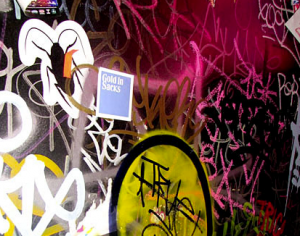 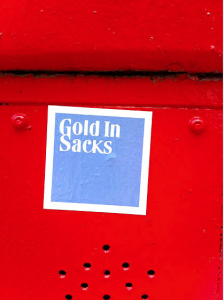