At first glance, it looks as if some natural disaster has shaken away the walls of these buildings to reveal architecture hidden for thousands of years.

And at second and third glance, it looks like that too.

But these spectacular images are not the unexpected result of an earthquake.

The incredibly lifelike scenes are actually huge works of art, painted on the side of perfectly intact buildings. Even that woman peering into the ruin above is not real.

The paintings, which have fooled many, were created by John Pugh, who specialises in trompe l’oeil – or ‘trick of the eye’ – art.

He uses his skills to delude the viewer into seeing 3D scenes painted on flat surfaces.

The Californian-born artist said: ‘It seems almost universal that people take delight in being visually tricked.’

His works can been seen all over the world, including in the artist’s home state. The ‘earthquake’ work shown here is located on Main Street in the town of Los Gatos and was created following a genuine earthquake in 1989.

The temple-like interior apparently exposed features jaguar gods, regarded as the creators of earthquakes by the Mayans. 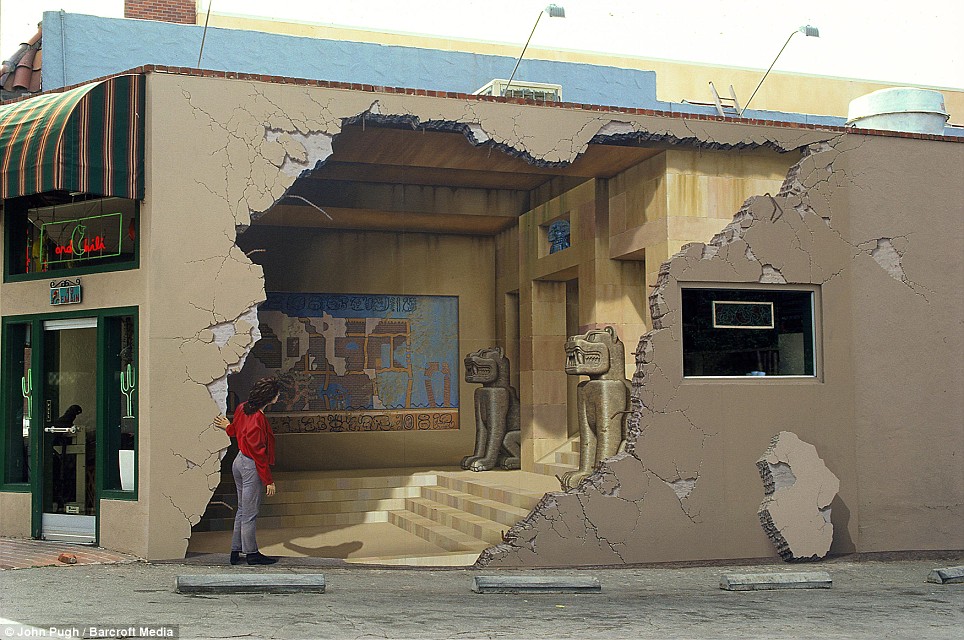 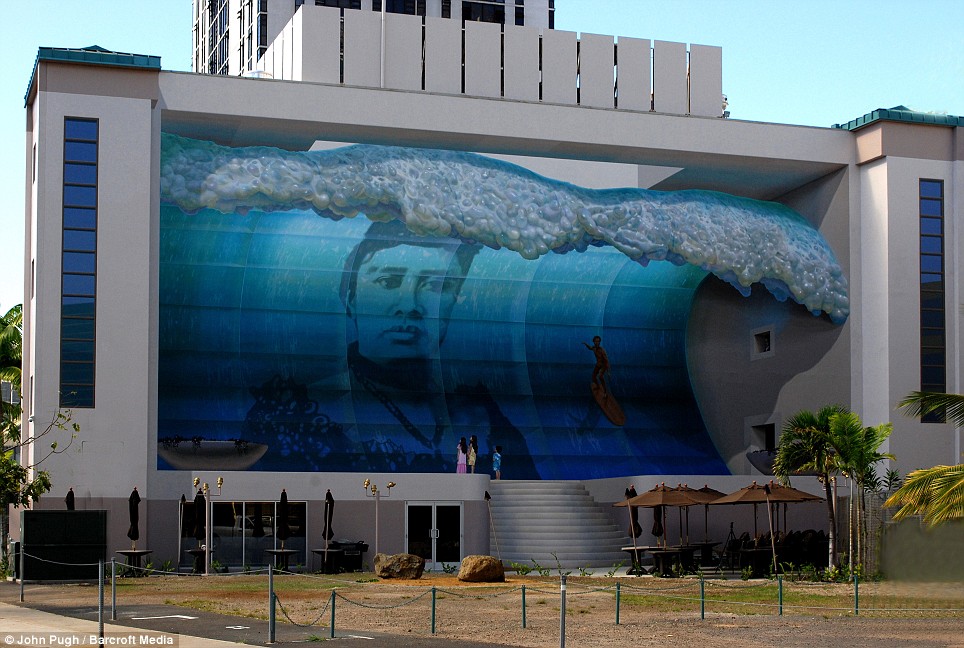