BOMB IT 2 is screening at 6 p.m. at the Roxie Theater on Thursday, October 6th as part of the Can Film Festival, sponsored by the Estria Invitational Graffiti Battle.

“The Can Film Fest” is organized by nonprofit arts organization The Estria Foundation as part of their week long Graffiti Arts Festival taking place October 6-8 in San Francisco.

BOMB IT 2 goes where no graffiti doc has gone before, including the West Bank, Tel Aviv, Jakarta, Copenhagen, and Singapore, among other places. It is the sequel to the classic graffiti and street art film Bomb It.

Bomb It 2 shows the incredible range of styles and ideas that surround graffiti and street art culture throughout the world and especially in places where most people probably don’t even think it exists.

Graffiti and street art is not a monolithic force around the world – it is different for every individual and every culture – and that is evident in the broad range of practitioners in the film. We are happy to partner with The Estria Graffiti Arts Festival this year and be part of celebrating one of the most vibrant art movements happening in the world today.  A lot of misunderstanding and miscommunication exists surrounding this world, and the more outreach by organizations such as the Estria Foundation, the better! 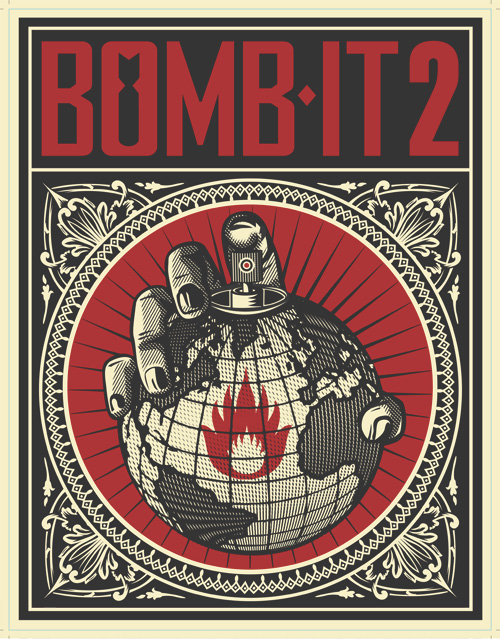