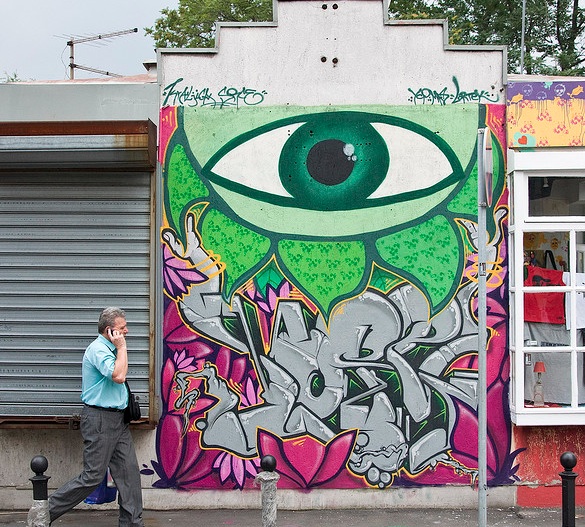 Bomb It: How did you get into street art?
TKV: I started doing street art when I was 16(2004.). My father lived in Rome in that time so I basically grew there and first time I saw some kind of street art was there.So I was 16 and I didn’t know what to do whit myself so my father told me .; why don’t you try this? and he showed me some stencils. So i cut my first stencil.First time I actually did it it was in Rome and I was thrilled. 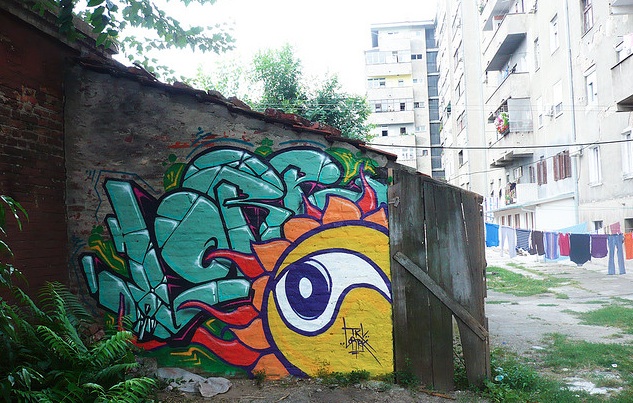 TKV(contd): Then I got back to Belgrade and continued doing it.As time passed I started to see deeper meaning street art and being out there on the streets,it wasn’t just fun anymore it became lifestyle.It saved my life in this awkward and beautiful way. Being a girl actually helped me in what i do in Belgrade.Nobody here expects that girl will walk around alone in 3am in the morning doing what i do so I am basically invisible. In the other hand that tells something about what is the position of the woman in Serbia . 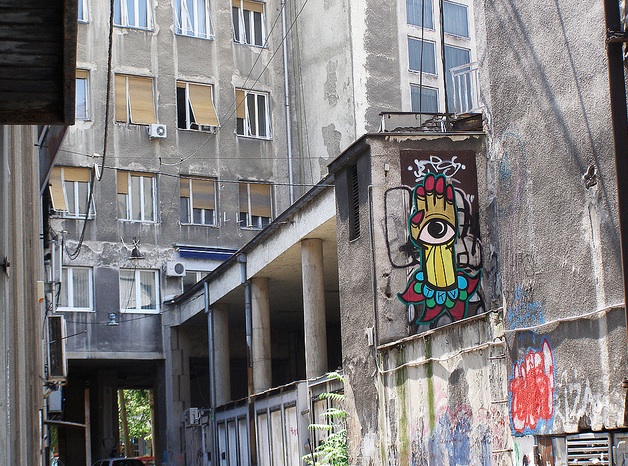 Bomb It: Would you say that the street art scene has changed rapidly since you started?
TKV: It changed a lot since I started.Before that there wasnt many stencils around. Nowdays you have more and more people doing it and I am gald about it because we need more of it. Only problem is that not many people stick around and keep doing it for some longer period. But it takes time to built it so we will wait and see. 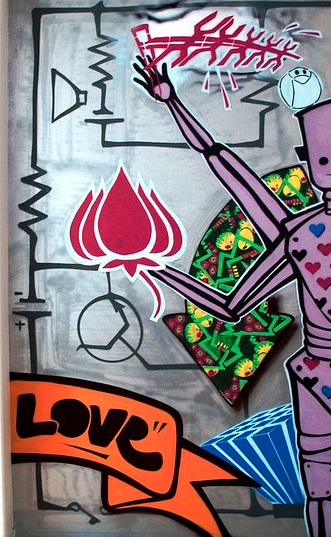 Bomb It: Whats the level of danger you would say that you and artists feel when you take to the streets?
TKV: Belgrade (as Rome also) is not that dangerous. You have to be careful and to know your way around but it is not as dangerous as other European country’s. We don’t have that strict laws for street art and graffiti.But that will also change because some new police measures against it started this year. As in any other cities you can stumble upon problems, weird people and other obstacles but that is a price to pay doing what you do 😉