Graffiti in the Community: Kids Given Freedom to Paint

Erik Howard’s community-drive art program, Alley Project, takes youth in southwest Detroit and, with the permission of homeowners, creates graffiti art. In the span of a few years, what started as a handful of kids painting on one person’s garage turned into more than 30 kids involved in painting more than two dozen murals on garages and fences. 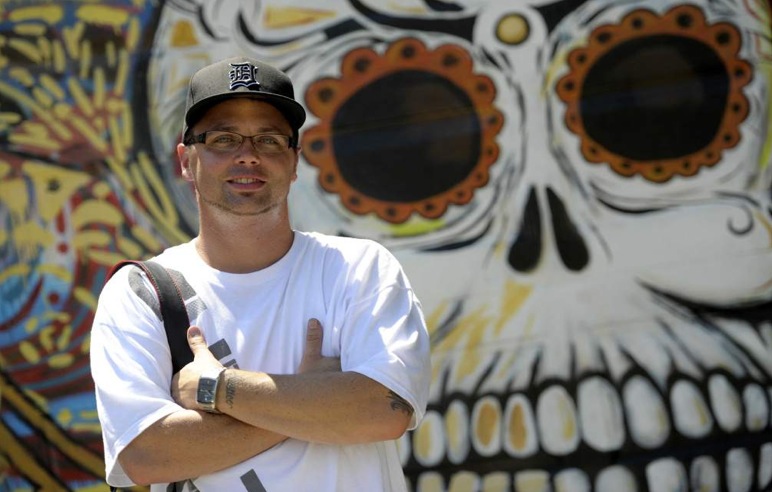 “I think that in an urban environment, street art is a tool for people that don’t have a voice,” Howard said. “They might not understand everything that attracts them to it, but they’re very attracted to it because it’s visible. It reclaims visual space, and the young people see that as powerful.”
Last year, the project received $38,000 from Community + Public Arts Detroit to create a gallery space to teach and exhibit art for kids in the neighborhood

When Howard, a Detroiter, started to mentor kids in the community, he said he wanted to provide a safe space for them to explore aerosol art.

“What we wanted to do was share a space that basically reduced the legal and physical risk that young people face trying to learn about art,” he said. “You don’t have to be arrested and go to court to learn about art.” [The Detriot News]