Photos and News from TVBoy:

WALLS OF FAME PROJECT MILAN
Milan, May 2011. I recently was invited to collaborate with the City Council of Milan on a project called “Walls of Fame”. The aim was to renew two buildings in the periphery of Milan creating 4 murals inspired on famous personalities of the city. I decided to portrait the famous Milanese painter Caravaggio, the holy Virgin Mary wich is a golden statue symbol of the city, Alessandro Manzoni who was a poet and a writer and Filippo Tommaso Marinetti, the founder of the Futurist movement. On another building I decided to portrait foreign artists who always had been a great source of inspiration for me such as Frida Kalho, Keith Haring and Andy Warhol. 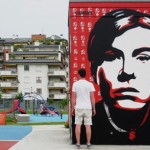 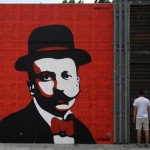 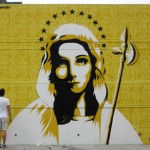 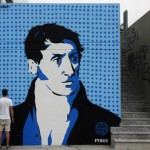 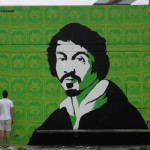 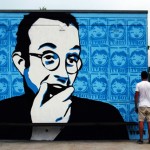 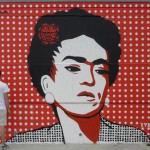 This entry was posted in Graffiti and tagged Graffiti, Street Art, Tvboy. Bookmark the permalink.