Graff Artists Coming Out to Spray

This past weekend, graff artists in different parts of the world came out to spray their stuff  out with the rest of the community without the fear of the police or (bobbies as they say in the UK). This was not a combined event but, rather merely a coincidence as the painting took place in Paterson, New Jersey and Woburn, England.

In Paterson N.J. “artists from around the world, rivals and crewmates alike, have been invited to decorate walls at the school. A group called the Urban Art Foundation will be launched at the meeting. Fashioning itself as an ACLU for those charged with graffiti-related crimes, the group plans to raise legal funds, create a database of attorneys and even attempt to turn some of the city’s high-profile graffiti spots into landmarks or protected areas.” 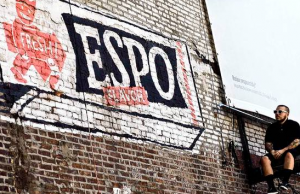 In Woburn, England some of the best graffiti artists in the country converged on the traditional High Street and be let loose with their spray paints. The live art exhibition known as “Woburn Art Beat” will feature some of the UK’s most exciting street artists whose work literally took shape over the weekend

This entry was posted in Blog and tagged ArtBeat, Graffiti, Paterson N.J., Woburn. Bookmark the permalink.

4 Responses to Graff Artists Coming Out to Spray