Born in the Bronx

The Bronx is considered by many as the birth place of graffiti. That’s why it’s so important to understand a bit of the history back in the day when hip hop culture was being born. 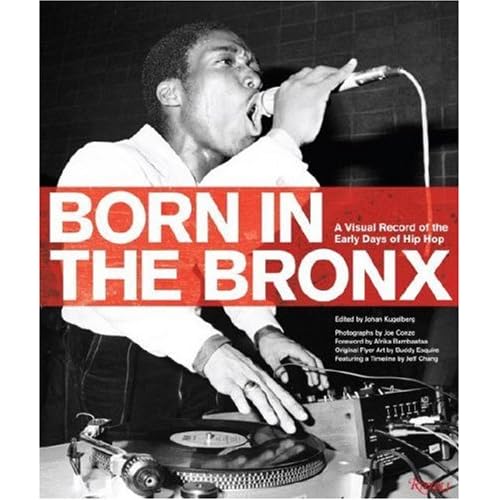 Joe Conzo is one of the few people to have documented the decay, decline, and resistance of the Bronx during the 70’s. It’s important to know that during that time property owners were actually setting fire to their own buildings in order to collect the insurance money. As a result many of the poor people there lived in utter urban decay, with burnt out buildings all around them. To combat their depressing environment the founders of hip hop created an art form that didn’t cost much to do and that brought the members of their community together. Joe Conzo went on to document this incredible art form called hip hop- born out of poverty and inhumane conditions- that is now respected around the world. He is considered the first hip hop photographer.

Check out this article: “Go back in rhyme with book ‘Born in the Bronx,’ a photographic tour of hip-hop’s birth“ to see some pics and read more about the book.

Check out some more of the pics at Rolling Stone

You can see the real deal at Joe Conzo’s website: www.joeconzo.com

Grab yourself a copy at Amazon, or your independent local bookstore.

One Response to Born in the Bronx