One Time in Bangkok!

No one ever said graffiti was easy… Watch as BOMB IT 2 director Jon Reiss braves red ants in search for the ultimate bombing experience. If you like what you see, head over to our Kickstarter campaign to help us reach 20K to release the film in August. Only 9 more days left! Thank you for the support.

Help Bring BOMB IT Back! (BOMB IT 2 Kickstarter)

We are excited to announce the official launch of the BOMB IT 2 Kickstarter campaign. Help us raise the money to release the film in August by contributing in any way that you can, or by spreading the word to your friends and networks on Facebook, Twitter, or Instagram.

For your contributions, we have amazing perks, featuring the artwork of BOMB IT 2 artists Blek Le Rat, Stormie Mills, Xeme, and Shepard Fairey. Check us out! Become a part of the movement!

In Bomb It 2, the follow-up to the explosive 2007 global graffiti documentary Bomb It, Reiss takes audiences to previously unexplored areas of the Middle East, Europe, Asia, the United States, and Australia on a hunt for innovative street art and artists. Using an ultra compact camera and sound package, Reiss traveled by himself to artists representing a wide range of cultures, styles, and beliefs, with Reiss functioning as producer, director, cameraman, and sound person all at once on the film. In the process of making the film, he climbed into sewers, visited red ant infested buildings, and fractured his ankle in an Estonian hall of fame.

BOMB IT 2 Featured in Broadway World! 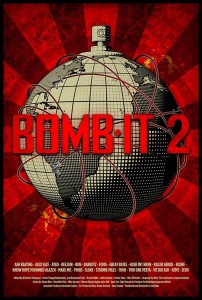 BOMB IT 2 is featured on the popular entertainment site Broadway World, in a recent write-up detailing the VOD release of the film on August 6th via Cinedigm. In the follow-up to the explosive BOMB IT, Reiss travels to Asia, Australia, the Middle East, and beyond, exploring local graffiti scenes and speaking to local artists. Premiering on three continents, the film will be available on multiple platforms, including Hulu, Amazon, Itunes, Vudu, and many more.

BOMB IT 2 Featured Artist: Sloke One! 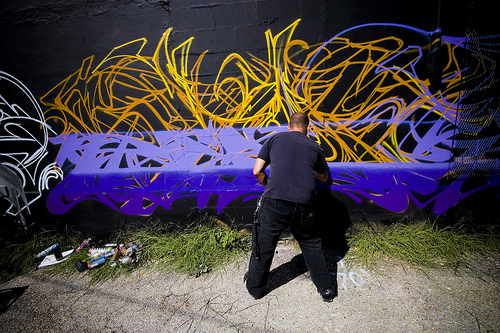 Sloke One at work! [photo by MarcoFromHouston]

Our journey wouldn’t be complete without a screening in Texas! BOMB IT 2 will be coming to Austin, TX for a screening at Alamo Drafthouse Cinema on August 7th. Sloke One, a Austin-based artist who’s also featured in BOMB IT 2, will join us for what promises to be an exciting night of film and graffiti. With over two decades of experience in graffiti, Sloke’s work encapsulates the spirit, color, and depth of artistic innovation.

In honor of his work, we’ve featured Sloke One’s art as the banner on the BOMB IT Facebook page. Visit the page to see it, and to find out the latest news on the documentary. Participate in a global forum on graffiti and street art with BOMB IT.

Find out more about the talents of Sloke One on his website.

BOMB IT 2 Comes to Hong Kong!

We’re back! BOMB IT 2 will have its Hong Kong premiere on June 29th and 30th at 12pm, at the Work In Progress Street Art Exhibition, presented by the Hong Kong Youth Arts Foundation. With appearances by well-known artists Xeme and and Mic, the events are free and require an RSVP. We’re so excited to return to Hong Kong where we filmed Xeme and Mic for BOMB IT 2, and we hope you can join us!

To attend the screenings, check out the event info below and RSVP. Help spread the word about these awesome events! 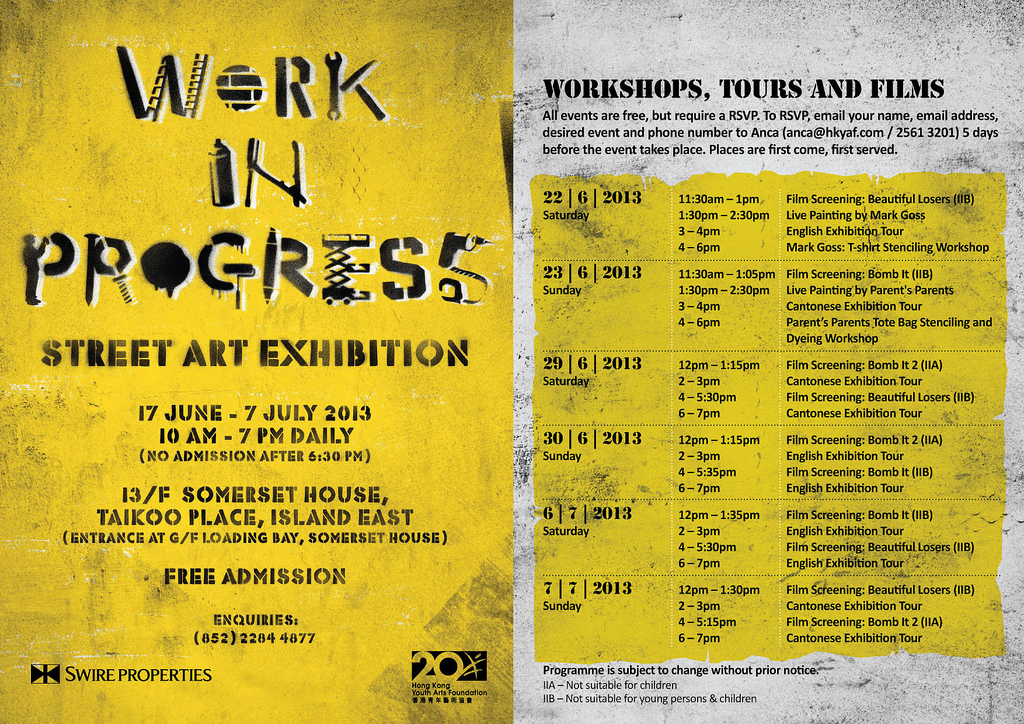