The BBC presented its readers with a question, should the (mostly) political graffiti that canvas Libya’s walls be allowed to remain or should the graffiti be erased. Its a common debate one that has existed since the Berlin Wall and is now being debated in Palestine.  The paint screamingly rejoices of the Gaddafi regimes the recent down-fall, and is a reminder that the people have been victorious. 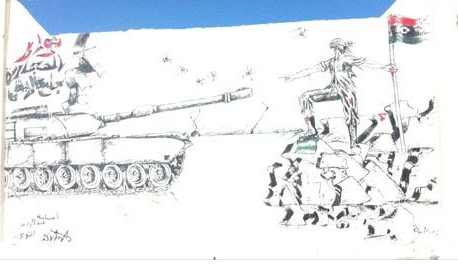 The argument could journey both ways: now that there is a new leadership and with it a somewhat clean, albeit, dusty slate, why keep the remains of a past regime. A regime that leaves its people with scars and wounds, both literally and figuratively. 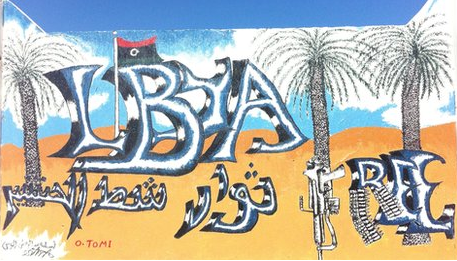 The opposite side to that argument, is that the graffiti serves as a warning to those who will take up the task of rebuilding and leading Libya, to take heed and not abuse the will and patience of its people.

There is also another proposition, to focus on more important matters of state rather than the trivial, and let the people’s voice ring in whatever form that they so chose. Paint is more agreeable to the eye than bullet holes. 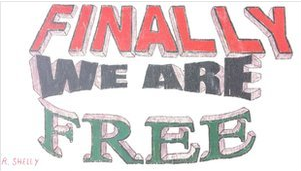