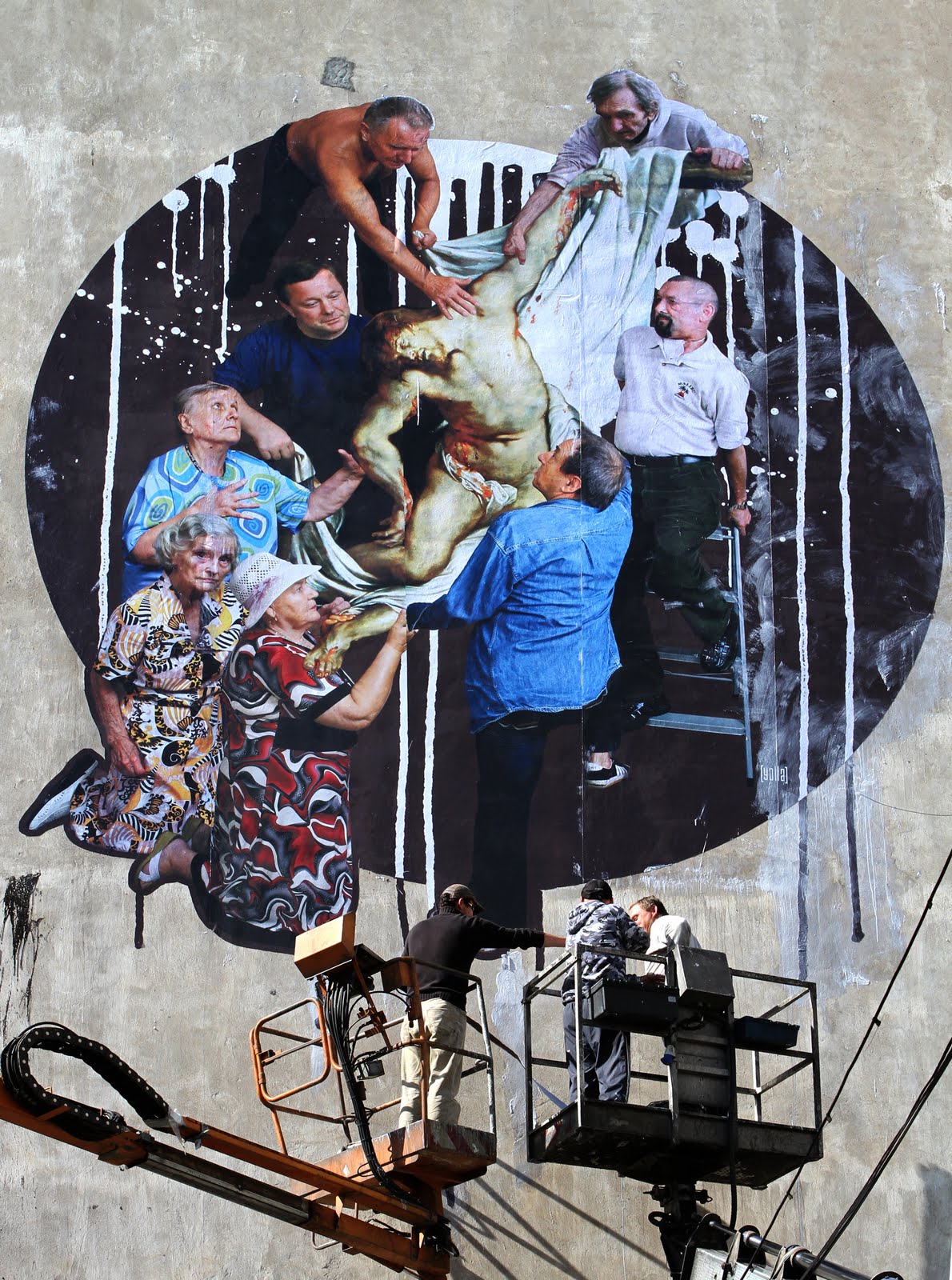 Yola, who creates modern frescoes, reinterpreting and restaging scenes from classic Renaissance paintings using models from his local community center in Praga, Warsaw. Of the mostly senior citizens he uses in his work, he said, “Inviting the folks from the day centre was supposed to be a slightly subversive act: as if entering a haven for Fallen Angels, all aged 60 or over, who end up in a day centre because they can’t cope with life in society. The society they contributed to throughout their lives and which now pays them back a pittance, not enough for a decent living. To be honest I was expecting human misery and what I found instead was a bunch of happy people.” [Source] 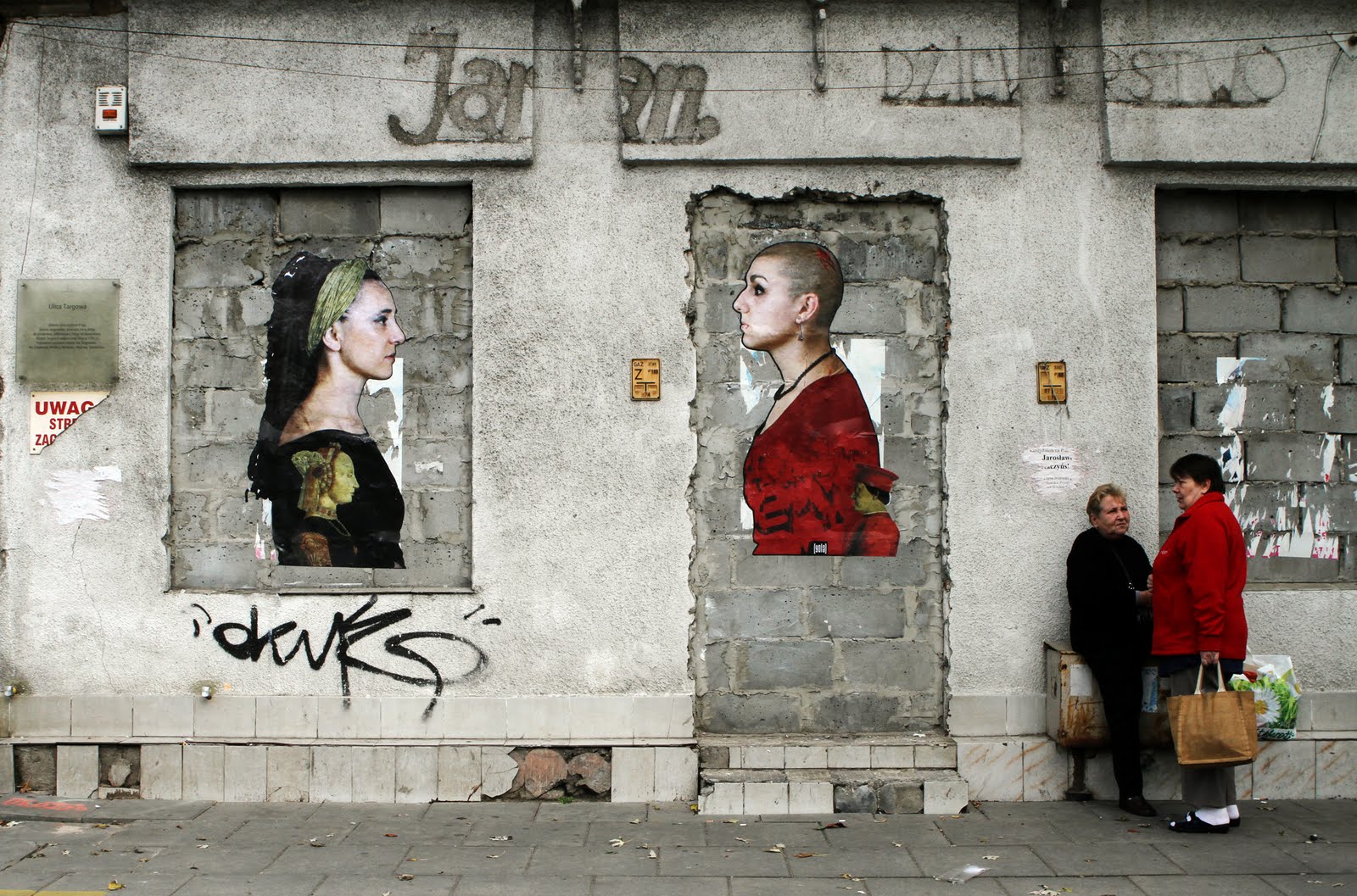 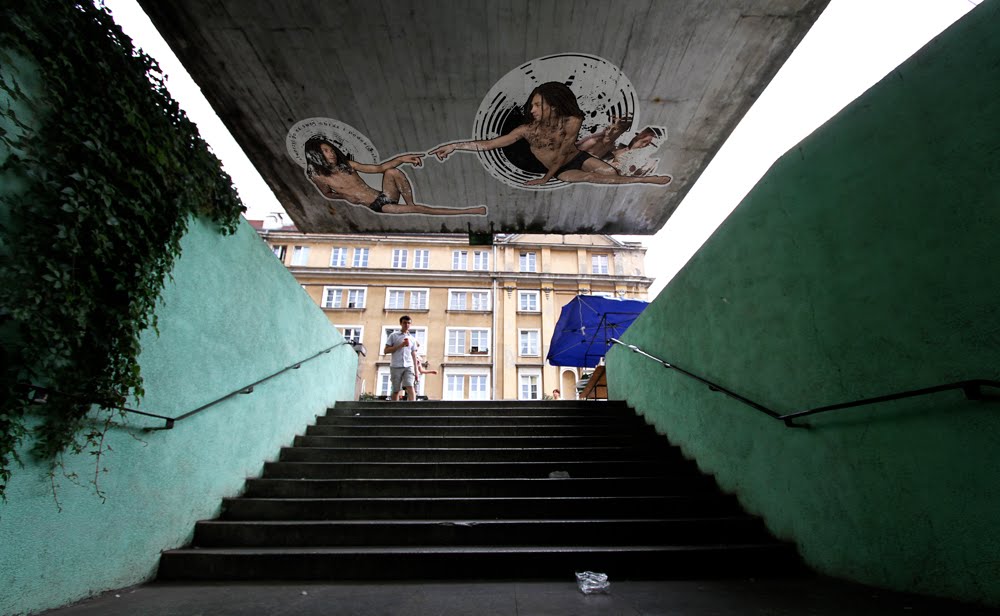