Money in the Bank Banksy

Seems that Banksy really does have the perfect moniker, as whereever his art appears £’s or $’s are sure to follow.

Artwork made by Banksy is known to increase the price of a property.The managers of a hotel in Torquay in Devon have been left startled after reportedly receiving a visit from the world’s most famous graffiti artist, Banksy, during the night. The Grosvenor Hotel has been adorned with an 8ft high image of a small boy drawing a robot which has been created around a fan fixed to the wall of the hotel. Banksey’s work apparently drove the price of the hotel up by £150,000. There are plans being made by  the business’s managers to preserve the art before the 46-room property is sold for £1.5 million. 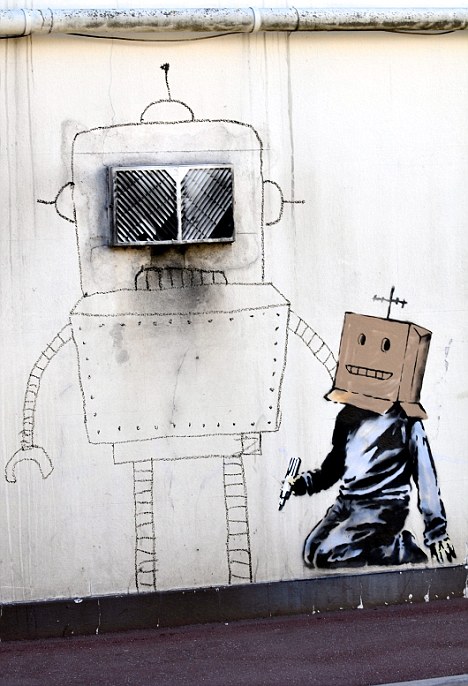 The hotel has now taken steps to protect the artwork by covering it  with perspex to make sure it cannot be defaced or damaged by weather.

‘It’s crazy how much interest it has generated, the phone has been ringing off the hook,’ Layman added.

– I feel a new future for graffiti on the horizon….well at least for Banksy that is.

This entry was posted in Banksy, Can Control Out of the Ordinary. Bookmark the permalink.