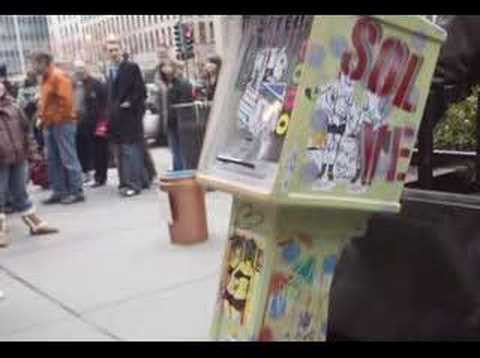 A 24-year-old man was ordered held on a $500,000 bond Sunday after being charged with first-degree murder in the stabbing of a local graffiti artist in the Logan Square neighborhood early Saturday.

Scanlon was leaving a party when he got into a “verbal altercation” and was subsequently stabbed, police said.

Scanlon, of 2846 W. Palmer Blvd., died of a stab wound to the chest, an autopsy determined Saturday. His death was ruled a homicide by the Cook County Medical Examiner’s office.

Scanlon graduated from the Illinois Institute of Art in 2007, and worked as a freelance artist and graphic designer, according to his Web site.

“The Chicago street art and graffiti community has suffered another devastating blow to our family,” one of the forum members posted Saturday. A memorial of Scanlon’s work is reportedly in the works.

Scanlon wanted “to be a respected member of the international design community,” and thought “art is one of the things that makes life worth it,” according to his Myspace profile, where friends posted mournful comments.

Tobolski is scheduled to appear for a preliminary hearing on July 3, Simonton said.